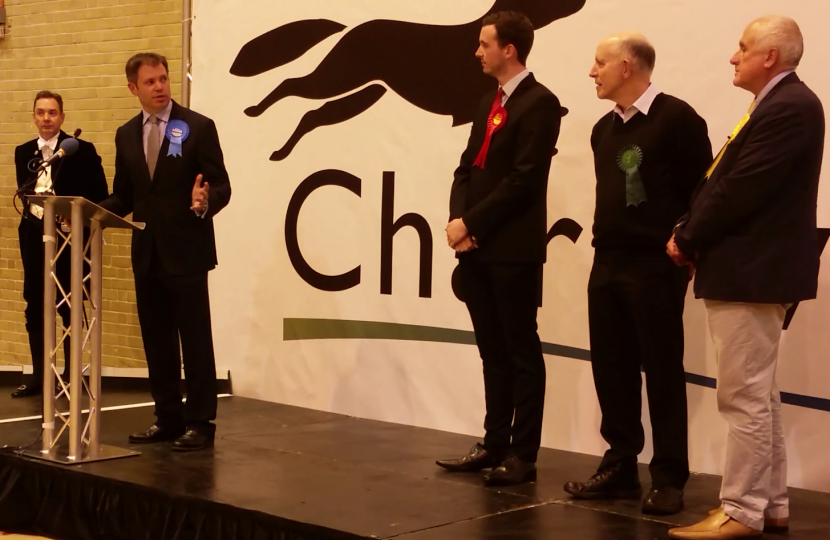 After months of campaigning, leafleting and canvassing in all types of weather. It our pleasure to announce that Edward Argar has been reelected as the member of parliament for Charnwood.

During his speech, he thanked the other candidates and the general public for voting for him.

At the Charnwood Conservative Association, we are very pleased to be working with Ed for the next 5 years, in order to improve the area and resources.

Help us take action on local issues and build a better Britain.